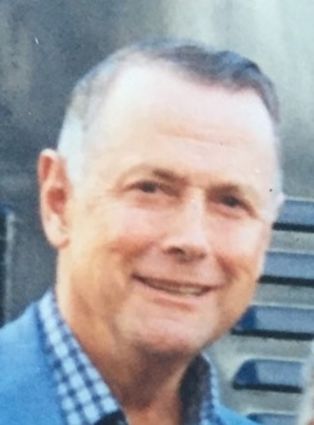 Larry arrived on a Christmas Day, near the shores of Lake Washington in Kirkland. He spent his entire childhood there and much of his 20s, graduating from Kirkland High School. Kirkland had an indelible impact on him, and he loved and was proud of his hometown throughout his life.

In March 1945, while still a high school senior but having earned enough credits to graduate, and with WWII still raging, he was drafted into the army. He was sorry to miss the State basketball tournament and his senior prom, but duty called. After mustering out, he spent 4 very enjoyable years on the GI Bill in Pullman at WSU and the Kappa Sig fraternity, graduating in 1952 with a degree in Construction Management. He and his father, Clyde Trent, owned and operated Lake Lumber for many years at what is now Carillon Point in Kirkland.

Larry met Carol in 1954 through mutual friends, and they both knew from the start that the other "was the one." They got hitched in November of that year and raised three children. Larry was dedicated to his family ... the kind of husband who in 65 years of marriage never took off his wedding ring ... the kind of father who 5 minutes after he got home from a long day at work was out in the yard helping his son practice baseball.

In 1960 Larry moved his family to Edmonds and went to work for Edmonds School District, soon becoming Supervisor of Maintenance for the district's dozens of schools and facilities. It was an ideal place for him to combine his management strengths and maintenance expertise with his passion for helping kids. As with Kirkland, Edmonds became a beloved home and a community he was deeply connected to for the rest of his life.

Larry willingly volunteered his time and energy helping others. After retiring, he volunteered two days a week for over 27 years at the Edmonds Food Bank. He served on the City of Edmonds Board of Appeals, and was a member of the Kirkland Jaycees for many years. He was always helping out with the activities his kids were involved in, especially Scouts and coaching youth sports.

He filled many volunteer roles with Edmonds Scout Troop 312 and at the Evergreen Area Council. And he was always willing to help a neighbor, friend, or family member in need and lend his construction expertise and strong back. He'd be the first to arrive, would stay until the job was done, and would direct and oversee the project.

Larry was an expert carpenter/woodworker and builder, remodeler, and maintainer of homes. His first job was as a carpenter's helper at age 15. In his early 50s, while working full-time at his job during the day, Larry designed and built a new three-story home for his family, working on the house evenings and weekends for nine months, and doing most of the work himself, from the foundation to the finish carpentry, and making most of the furniture.

It was a great achievement, reflective of his passion for hard work, building, and family, and it was the perfect family home and gathering place for 39 years.

He was passionate about sports, especially all levels of football, travel, gardening, Scouts, sailing, Big Band music and Sousa marches. After retiring, Larry and Carol traveled the world and enjoyed enormously spending time with their two grandchildren.

Larry lived a full life, and is survived by his wife Carol, son Bruce and daughter-in-law Marie, son Brian, daughter Susan and son-in-law Ken, and grandchildren Malcolm and Owen.

In lieu of flowers, the family has requested that donations be made to the Edmonds Food Bank and the Boy Scouts of America, in accordance with Larry's wishes.