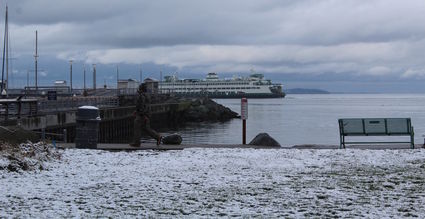 A ferry heads to Kingston from Edmonds, passing by the fishing pier.

That included the Edmonds-Kingston run.

WSF, in a news release, reports that severe winter weather, construction in and around ferry terminals, and increased ferry and transit options, are considered the main reasons for the decrease.

More than a third of the year-to-year decline came in February, when several snowstorms hit the Puget Sound region, causing many people to cancel or delay travel plans.

During that time, there were o...