'There is hope, but it is a crisis. It is an emergency.' 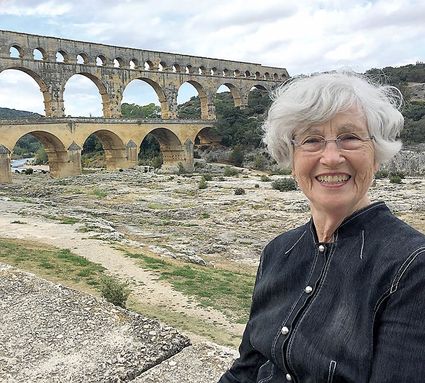 Not all climate activists are teenagers, of course.

Climate change is real, and Shoemake wants residents to know there are a few steps they can take individually to combat what many say is the world's biggest crisis. She is an active member of Edmonds United Methodist Church, and is a facilitator for the upcoming "Climate Crisis Study," a series of workshops beginning Sunday, Jan. 19, at the church.

The workshops are intended to discuss ways to learn what residents can do now to address climate change and how participants can learn and develop new ways to make a difference.

"The church is doing this because we recognize that it is a crisis that we can no longer say we've got to do something in the future," Shoemake said. "We have to do it now. It's not too late. There is hope, but it is a crisis. It is an emergency.

"Our church has been a leader in addressing an issue for the last probably 15, 20 years. But now it's just so much more severe now, and we can just see what's going on here with our fires last year and what's going on with the horrible fires in Australia."

Just mentioning climate change and its right-now consequences – the increasing heat, melting icebergs and glaciers, rising sea levels, diminishing natural resources – can bring a level of anxiety expressed by 17-year-old activist Greta Thunberg in her emotional "How dare you?" speech to world leaders at a United Nations conference in September.

University of Oxford history professor Yuval Noah Harari goes a step further in his bestselling book "Sapiens," doubting that humans will even exist in 1,000 years, with global warming only a part of that reason (think war, overpopulation, disease, etc.)

But Shoemake and other environmental activists say it's a human imperative to do something, anything, and act now on climate change and how humans are accelerating its seemingly inexorable progression.

It's why her church created the workshops.

"We want people to come away with hope," she said. "We want to give them information about the positive things that are going on around the world and around our area. That's the first thing. The second is what you can do, in addition to what you're already doing."

"There are still things that we can do," Shoemake said. "So first of all, we need to see what's going on around the world to get a little bit of hope, and also to find out exactly what we can do."

From Miss Kansas to environmental activist

Shoemake herself is a force in environmental awareness in Edmonds.

She was a leader in creating the Interfaith Climate Action in November 2015. In May 2018, she took first place in the individual-home category during Edmonds' Taming Bigfoot contest, designed to be a fun, community-building event where residents took on the challenge to reduce their carbon footprints.

She was honored for her efforts to lower her gas and electricity usage.

Shoemake's activism has come a long way from her roots in El Dorado, Kansas, where the Kansas State Unversity student was crowned Miss Kansas in 1960, which came with a $1,000 scholarship. She competed in the Miss America pageant but did not place.

You can look it up – she has a Wikipedia entry.

Today, Shoemake is doing what she can to help save planet Earth. That means awareness.

For example, in September she joined Interfaith Climate Action members in a climate strike "Die-In" outside the Snohomish County Administration Building in Everett. Shoemake organized the event to support the Global Youth Climate Strike, where people around the world walking out of their homes, their offices, their farms, and their factories to demand action on the climate crisis.

@Who should attend in [email protected]

Shoemake said she hopes the upcoming workshops will help all, including those who are simply curious.

"I think it's, it's targeted to the average person," she said. " The person who is concerned, who realizes there's a problem but is either overwhelmed or discouraged about what they could do. So it's a combination, but really it's targeted toward a general audience."