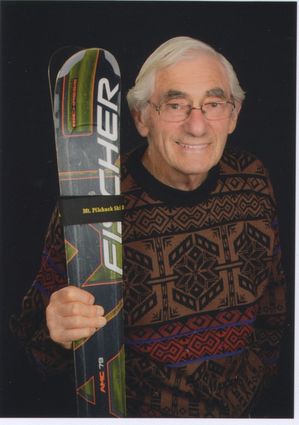 It is with great sadness that we announce the death of George Franklin Bradshaw on Thanksgiving Day, November 28, 2019.

George was born on August 18, 1932, in Spokane, Washington, to his parents Frank and Evelyn Bradshaw. He spent his early childhood in Plains, Montana. The family moved to Spokane, where George attended elementary and high school. He graduated from John R. Rogers High School in 1950.

George enlisted with the United States Navy in 1950 and was later deployed to the Philippines during the Korean War.

When his time in the Navy concluded, he enrolled in Washington State University and graduated with a degree in Business Administration.

His working life revolved around construction. He built many homes in the Puget Sound area as well as floating homes on Lake Union.

George had many interests besides his construction business. He was an avid downhill skier and spent many hours skiing at Stevens Pass. As a member of a Seattle Ski Club, he skied at resorts around the United States and Canada. His love of skiing took him to ski resorts in Switzerland, France, Austria and Italy.

George is preceded in death by his parents Frank and Evelyn Bradshaw, his brother Fred, and his sons Franklin and Ken Bradshaw.

George was interred at Tahoma National Cemetery in recognition of his service in the United States Navy.

GEORGE WILL BE FOREVER IN OUR HEART