Athletes produced many memorable moments in 2019 | Year in Review 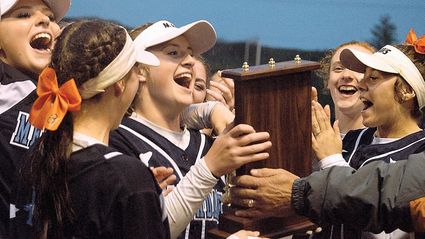 Meadowdale's Brynn Webster (center) and her teammates celebrate the Mavericks' 5-1 victory over Snohomish in the 3A District 1 championship game.

Prep sports fans had plenty to cheer about in 2019.

King's Naomi Smith won a pair of titles at the 1A state track and field championships. Edmonds-Woodway's Grayson LeCompte advanced to the 126-pound finals at the 3A state wrestling championships and ended up taking second place.

Meadowdale defeated district rival Edmonds-Woodway in a shootout in a district playoff game to claim its first berth to the state boys so...