WIC program to be transferred to community partners 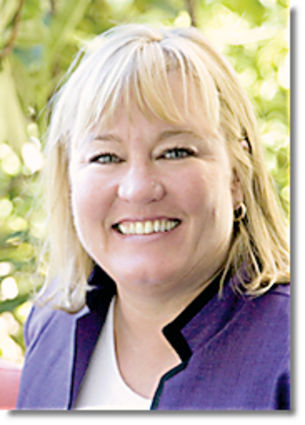 The Snohomish County Board of Health is laying off 13 employees as part of its 2020 budget.

At its regular business meeting Dec. 10, the board took action on a number of items for the Snohomish Health District, including a balanced budget with $16.75 million in revenue after cuts of $366,151.

"It's becoming more and more difficult to adequately do our job for our citizens of our county with less funding," Fraley-Monillas added.

The announced cuts are technically 12.9 full-time, exempt employees, effective March 31. According to spokeswoman Heather Thomas, they will come from the WIC (Women, Infants and Children) and First Steps programs primarily, plus a financial analyst, customer service manager, and the administrative services director position.

The WIC program is not going away.

"Unfortunately, we have had to develop some systems where Snohomish County services are continuing to occur, but with our partners and not the Health District," Fraley-Monillas said. "We are fading back the WIC program slowly to our partners to ensure that our clients continue to receive the same great services they have been getting."

Thomas said the WIC program will be transferred to community partners by June 30. The program and staffing reductions are largely the result of revenues for those programs not keeping pace with the costs to operate them, she added.

"We are working closely with the Washington state Department of Health to ensure a smooth transition for our clients to the new WIC providers, who will assume the contract moving forward," said Nancy Furness, prevention services director for the Health District.

Added Fraley-Monillas: "We want to thank all of the cities in Snohomish County, including Edmonds, that have funded the health district per capita (requests) for 2020. Those funds are continuing to keep us from cutting back more programs at this time."

The directors also extended a contract with Chris Spitters as the interim health officer and officially named Shawn Frederick administrative officer of the Snohomish Health District, subject to the final employment agreement. Frederick had been serving as interim administrator since June.

"Shawn has demonstrated extraordinary leadership and has helped navigate this agency through many complex, critical decisions over the past several months," said Stephanie Wright, chair of the Board of Health. "From one of the toughest budgets in recent years to supporting the board as we finalize a new strategic plan, it was clear to the board that this was the right decision to move the agency forward."

Frederick joined the district as the Healthcare Coalition coordinator in March 2016 before being promoted to the Administrative Services director in July 2017. Prior to that, he served as a medical and dental practice manager for Community Health Center of Snohomish County for five years, following 20 years in the Navy.

"I am humbled to be appointed by the board to serve in this capacity," Frederick said. "It is a true honor, and I look forward to focusing on the future of public health in Snohomish County."

The Snohomish Health District's purpose is to work for a safer and healthier community through disease prevention, health promotion, and protection from environmental threats.