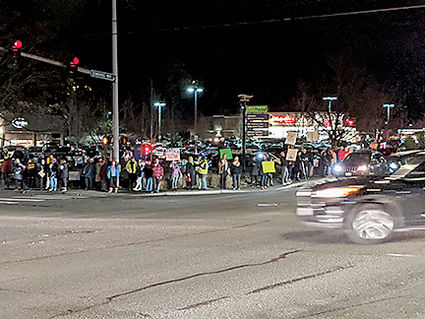 A large number of Edmonds residents and those from surrounding areas rallied Tuesday night in support of the historic impeachment vote in the U.S. House of Representatives held Wednesday.

The rally was held on all four corners of the intersection of 100th Avenue West and Edmonds Way.

The advocacy group MoveOn had called for a series of "Nobody is Above the Law" events in support of impeaching and removing President Donald Trump from office. Similar rallies were held locally and nationwide.