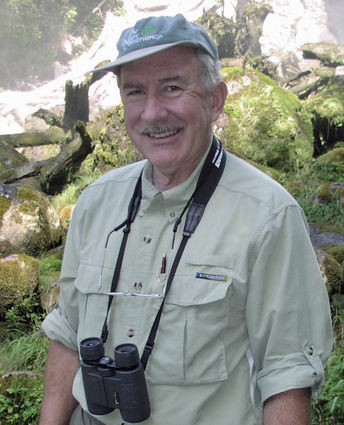 Tom was born in San Francisco, attended grade school years in Saratoga, and graduated from Los Gatos High School and San Jose State College, where he met his future wife, Laurie. They were married in 1962.

Tom was accepted at Harvard Business School and the journey began with the drive back East in his parents' Studebaker Lark, pulling a small trailer. Tom graduated in 1965, earning his Master's Degree in Business Administration.

His first job upon graduating was at Cresap, McCormick and Paget, a consulting firm in NYC. This experience led to future travel and moves. The first one was for Uncle Sam, heading to Fort Bliss in El Paso, Texas, where he was an internal consultant at Beaumont Hospital, and then assigned to Fort Knox, Kentucky, where he was the Comptroller of the Army Medical Research Lab. Son Jeff was born at Fort Knox.

Returning to CMP in NYC after three years, Tom was offered a position from one of his clients; accepting, he took his family to Honolulu, joining Duty Free Shoppers Ltd, for two years, before moving on to Hong Kong offices. He was the first officer appointed to the corporate staff, as VP of Planning and Administration.

Returning to the States in the late seventies, it was decided to settle on the West Coast to be nearer to family. Tom accepted a position at the Bon Marche in Seattle, where he spent 20 years, ending his career as the Chief Executive Officer, before retiring in 1997. While in Seattle, Tom was a trustee of Greater Seattle Chamber of Commerce, and member of the Washington State Convention and Trade Center Task Force.

Tom enjoyed many outside interests, including time on Boards of REI, The Nature Conservancy and United Way. While a member of the Lung Association, he and a team from the Bon joined the Clean Air Challenge and rode bikes the 110 miles from Seattle to Westport. He also joined a group raising money to benefit children with asthma by climbing Mt Rainier, led by renowned guide Lou Whittaker.

Building a log cabin near the Skagit River was a family project helped with a contractor. Boating was another interest shared with family and friends, exploring the San Juans and parts of Canada. Several summers Tom joined his Dad and two uncles, riding in a small plane, heading to Salmon Lake, Alaska, where they were left for a week of fishing and telling corny jokes.

He was preceded in death by his loving parents, John Patrick and Virginia Buckner Harville, and sister-in-law Kathleen, Kathy, Harville.

The family is grateful for the care and encouragement given by those at Prestige Physical Rehab Center in Edmonds and for Tom's time spent with such loving support and care given at Sunrise of Edmonds.