What are Edmonds' priorities for its citizens?

City compiles a list for Legislative session to begin Jan. 13 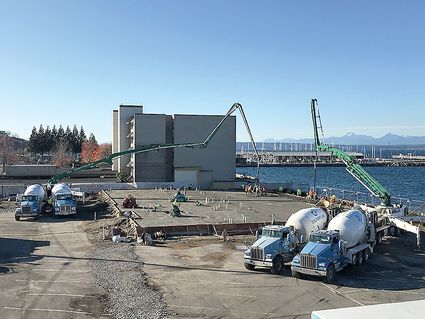 The new Edmonds Waterfront Center is in progress. The City supports more effort to obtain funding for its completion.

Highway 99 improvements, gun violence prevention, the planned Edmonds Waterfront Center – now under construction but whose funds have not been fully secured – and, of course, the Edmonds Marsh top the list of City priorities for the new year.

As it does every year, Edmonds has provided the state Legislature a list of those priorities for 2020, which convenes for a short, 60-day session Jan. 13.