On the prowl: Winter is a peak time for coyote sightings and attacks 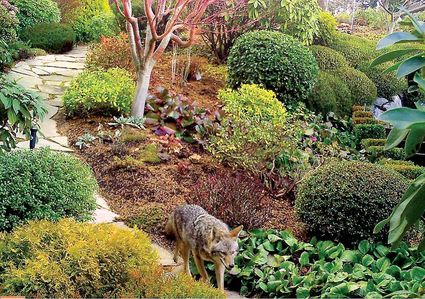 This coyote has made a habit of strolling around Gary Haakenson's Meadowdale home, seen here on a garden path.

Ted became one of the most recognizable dogs in Edmonds earlier this year after the fluffy and unbearably cute 10-pound Pomeranian went missing July 26. His owner, Mary McAllister – beyond tears with grief – stapled his picture on trees and telephone poles throughout town.

A scrap of fur was all that was left of the 5-year-old.

McAllister is sure that Ted became just another victim of hungry coyotes, who are...