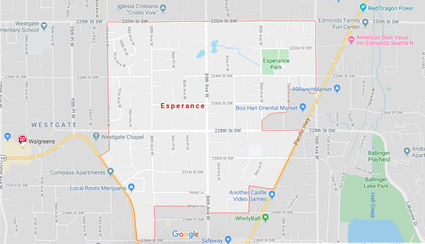 Although fireworks are already banned in the City of Edmonds, they have continued to be allowed – for three hours a year – in Esperance, which has an Edmonds mailing address but is part of Snohomish County's jurisdiction.

But Esperance gets just one more year, as fireworks will be banned in South County Fire's unincorporated service area in southwest Snohomish County beginning in 2021.

Today, in unincorporated Snohomish County outside city limits, fireworks may be set off on July 4 only, between 9 a.m. and midnight.

But the Snohomish County Council on Wednesday unanimously approved the future ban in the densely populated Southwest County Urban Growth Area, which includes all of South County Fire's unincorporated service area, which includes Picnic Point between Edmonds and Mukilteo.

County voters were asked to weigh in on the issue in an advisory vote in the November general election. Countywide, 56 percent supported banning fireworks. Within the South County Fire regional fire authority, support was even greater, with 59.78% of voters favoring a ban.

Fire officials in south Snohomish County have been seeking a firework ban for more than 10 years.

"This has been a long time coming," said South County Fire Board Chair Jim Kenny in a news release Friday, Dec. 6.

"We are grateful to the County Council for listening to our voters. This action will prevent injuries and loss of life and property as well as restore a sense of security and peace of mind for the people we serve."