Homicide is Edmonds' first of the year 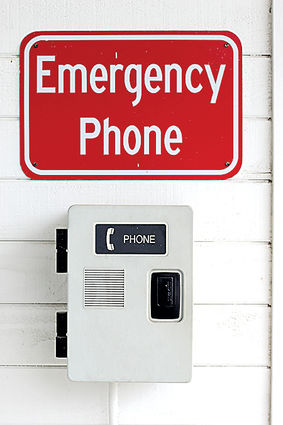 A man allegedly used this phone outside the Edmonds Police Department to confess to stabbing his father.

Just before 3 a.m. on Thursday, Nov. 21, a 24-year-old Edmonds man walked to the Edmonds Police Department, picked up the phone at an outside callbox, and said he killed his father.

According to Sgt. Shane Hawley, the man wanted to report that he'd committed a "premeditated homicide." When officers contacted him, the man said that he had just stabbed his father and had walked to the police station to report it.

The suspect, identified by Edmonds police reports as John H. Fry, gave his address as a private residence in the 18700 block of 84th Avenue W...