King’s defeats Bush in 1A quarterfinals, prepares for rematch with Cardinals 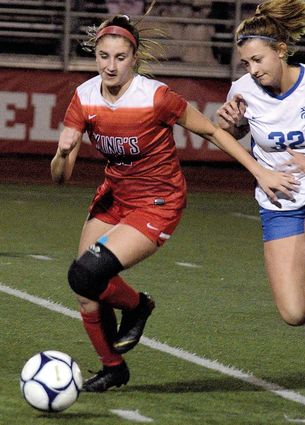 The King’s girls soccer team is back in the final four for the seventh time in the last eight years.

The Knights defeated La Center 4-0 in a first-round 1A state tournament game and then downed Bush 1-0 in a quarterfinal matchup last week.

King’s faces Seattle Academy in a semifinal contest at 2 p.m., Friday, Nov. 22, at Shoreline Stadium. The Knights defeated the Cardinals 2-0 in the Bi-District championship two weeks ago.

King’s coach Nicole Gabelein said that those results really have no bearing on Friday’s game.

“Anything can happen. We need to be very prepared,” she sai...