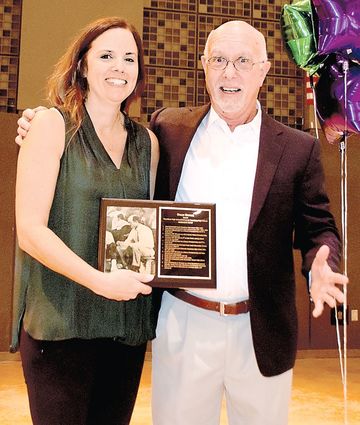 Daun Brown was a hard-nosed coach who expected a lot out of his players.

The longtime Edmonds School District basketball coach was never at a loss for words, often delivering his thoughts to his players in a rapid-fire delivery that continues to this day.

But moments after he was inducted into the Edmonds-Woodway High School Athletic Hall of Fame, Brown found himself at a loss for words as he struggled to control his emotions.

Brown recalled the difficult circumstances when he was hired by the district.