Knights run over by Trojans | Football 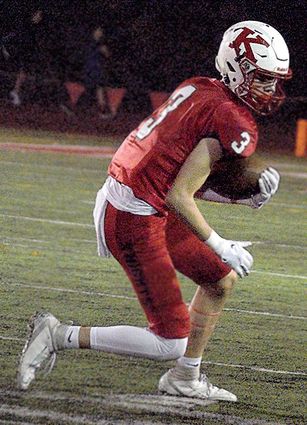 King’s struggled to gets its ground game rolling and at the same time was at a loss to slow down Meridian quarterback Cameron Webster.

The combination turned out to be far too much to overcome as Webster ran for four touchdowns to lead the Trojans to a 71-30 victory over the Knights in a District 1 football playoff game Saturday, Nov. 9, at Woolsey Stadium in Shoreline.

King’s (4-6 overall) finished with only six yards on the ground, while Meridian ran for 493 yards and passed for 288 yards for a staggering 781 total yards.