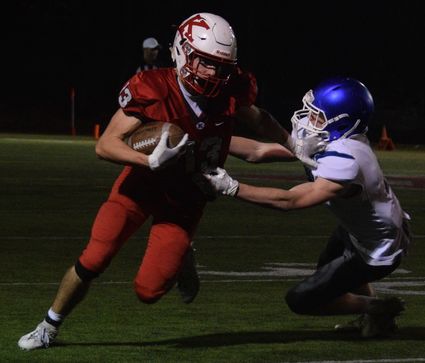 Some second-half adjustments and superior conditioning lifted King's to a league championship.

Sophomore quarterback Hayden Teeter threw a pair of touchdown passes to senior wide receiver Davis Campbell and the Knights' defense shut out South Whidbey in the second half as King's prevailed 28-18 in a North Sound Conference football game Friday, Nov. 1, at Woolsey Stadium.

The victory clinched the league title for King's (3-1 in the league, 4-5 overall), who will host Meridian in a 1A District playoff game at 7 p.m., Saturday, Nov. 9, at Woolsey Stadium. The winner advances to the state tou...