Carr throws for two scores, runs for another in romp 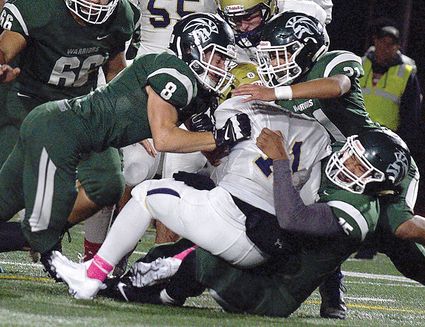 The Warriors wanted to work on their passing game and also take some momentum into this week's Wesco 3A crossover/seeding contest against Squalicum.

Senior quarterback Read Carr led the charge, completing eight of 10 passes for 160 yards and two touchdowns and running for a third to help lead Edmonds-Woodway to a 49-7 victory over Everett in a Wesco 3A South football game Friday, Oct. 25, at Edmonds Stadium.

The victory, coupled with Snohomish's 58-14 win over Meadowdale, means Edmonds-Woodway is the South No. 2 seed. The Warriors (5-...