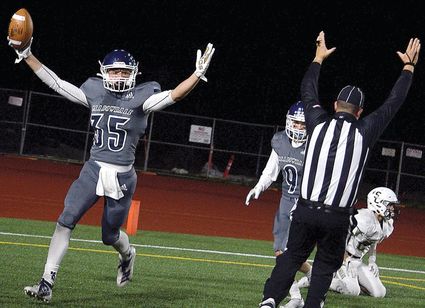 Meadowdale started out strong and finished even stronger.

Even though they didn't end up with any points, the Maverick offense drove deep into Shorecrest territory on their first drive and the defense ended the game by forcing a fumble.

In between, Meadowdale quarterback Hunter Moen and wide receiver Mason Vaughn connected on two spectacular touchdown passes to lead the Mavericks to a 20-14 victory over the Scots in a Wesco 3A South football game Friday, Oct. 18, at Edmonds Stadium.

"They played for a full four quarters for the first time in our season," Meadowdale coach James Harmon sai...