Senior QB Moen runs for two TDs, throws for another 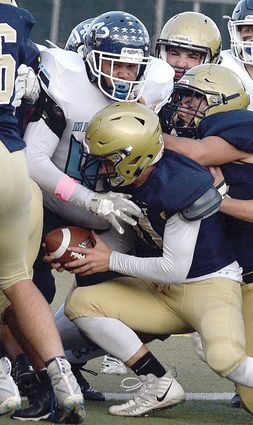 A successful goal line stand at the Maverick 1-yard line at the end of the first half kept the Seagulls out of the end zone. Then early in the third quarter, Everett again drove deep into Meadowdale territory but eventually was forced to attempt a field goal, which was not successful.

The Mavericks scored three touchdowns in the second half to pull away from the Seagulls 29-15 in a Wesco 3A South football game Friday, Oct. 11, at Everett Memorial Stadium.

Meadowdale coach James Harmon said that the game would have had...