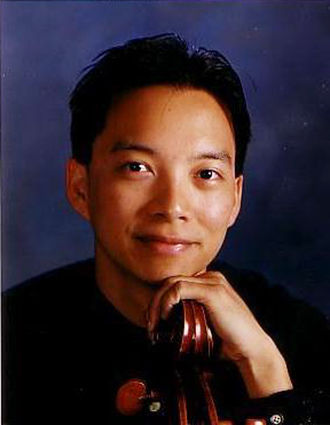 The Cascade Symphony Orchestra, under the direction of Michael Miropolsky, opens its 2019-2020 season – its 58th – 7:30 p.m. Monday, Oct. 21, with its "Brahms' Passion" concert.. The concert, at the Edmonds Center for the Arts, will feature the music of composers Johannes Brahms, Aaron Copland, and Joseph Haydn.

Guest soloist will be Amos Yang, assistant principal cellist for the San Francisco Symphony and previously a member of the Seattle Symphony. Yang has performed as a soloist and chamber musician throughout the United States, the Far East and Europe, including in concert at the Aspen Music Festival, the American Academy in Rome, Wigmore Hall in London, and Alice Tully Hall in New York City's Lincoln Center.

He will perform Haydn's "Cello Concerto in D Major" with the Cascade Symphony, which will also offer Copland's suite from the ballet, "Billy the Kid," and Brahms's "Symphony No. 1 in C Minor."

"I am happy to welcome back remarkable cellist Amos Yang, who made his debut with us a few years ago," said Miropolsky, starting his 18th season as the Cascade Symphony's conductor and music director.

Yang has won numerous awards, including first prizes in the American String Teacher's Association and Grace Vamos competitions. He also was finalist in the Pierre Fournier International Cello Competition, and was awarded the CD Jackson Prize, for outstanding musical contribution, at the Tanglewood Music Festival.

Due to the demand for tickets, Cascade Symphony Orchestra (CSO) encourages patrons to return any tickets that they will not be able to use to the ECA box office. Even though a concert may be sold out, returned tickets do become available, including at the door the day of the event.