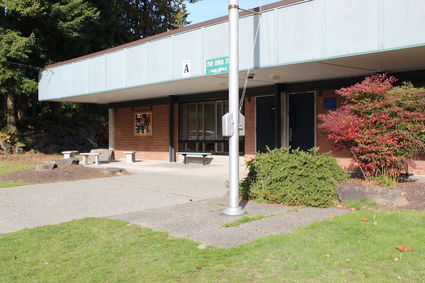 Edmonds students who attend College Place Middle School in Lynnwood – the main campus for local kids – will see a new school in the near future if voters say yes to a $600 million capital construction bond proposal approved Tuesday, Oct. 8, by the Edmonds School District board.

Voters will decide on the measures in an election Tuesday, Feb. 11. A bond requires 60% approval, while a levy requires a simple majority.

"We are excited to move forward with the bond and levy measures," said School Board President Diana White, who is leaving her position as she is running for Edmonds City Council.

"The bond not only gives us the opportunity to build safer schools, it also allows us to design facilities to better support learning for all students and staff."

The ILC would host Scriber Lake High School and other learning programs.

This means one-to-one computers in grade 2-12 and two students to one computer in grades K-1, along with online curriculum, other software systems and instructional systems.

The levy will also support classroom technology, teacher training and support. A portion of the levy, approximately 37 percent, will go towards capital facility improvements that include safety, security and emergency preparedness improvements at every school along with other system upgrades and replacements.

"This community is committed to our children and we see that each and every day," said Superintendent Kristine McDuffy, who is retiring at the end of the current school year.

"The replacement levy is vital to keeping our students safe and also providing equitable experiences when it comes to the use of technology, including providing internet access for students at home who can't afford this important educational tool."

The tax rate is dependent on the assessed valuation of the district.

That means, as the assessed valuation increased because of growth, the tax rate per $1,000 of assessed property decreases, which allows the district to consider future bond measures while maintaining a stable tax rate.