Budget could increases to record $130 million 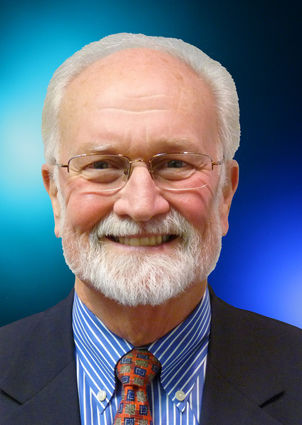 As the oldest incorporated city in Snohomish County, Edmonds is certainly feeling all of its 129 years these days.

Edmonds recently completed an extensive study indicating that many of its city-owned facilities need upgrades. Earling said he and staff members have assembled $1.5 million in the proposed budget for the first stage of the estimated $6.5 million of facility improvements needed.

"While we have assembled funds for our portion of the Waterfront Redevelopment and Civic Field," Earling said, "constant vigilance will be needed in meeting those budgets."

Since 2011, when he became mayor, Earling said the City's focus, beside dealing with finances, has been rebuilding much of its infrastructure, including roads, water, sewer and stormwater systems.

In addition, Earling said the City worked to enhance its communication within city government and with the public; improved its many parks; expanded its arts programs; improved its business climate; rebuilt after staff cutbacks of 2011; and undertook other large projects.

"We must continue to work each year to update and modernize our infrastructure," the mayor said. As an example, he pointed out that the City spent over $8 million the past seven years on street resurfacing, with another $1.2 million scheduled for 2020.

Earling noted that the City had assembled $10 million for major Highway 99 improvements. While successful in drawing down $1 million of that amount earlier, the remaining state-funded $9 million becomes available in 2021.

"The next administration," Earling said, "will need to focus on the Legislature and Washington, D.C., for long-term funding for the $150-$175 million project, as well as for the additional state and federal funding needed for the marsh and Willow Creek projects."

Earling reminded councilmembers – who will consider Earling's budget and make their own suggestion additions over the next few months – that the City has taken on and completed many new large projects.

They include upgrades at 228th Street SW and Highway 99; safety improvements at both 76th Avenue West and Highway 99; the Five Corners roundabout; and the Dayton Street project, currently underway.

More recently, Earling noted, the City purchased Civic Field and will begin construction next year on what will be known as Civic Park; began construction on the new waterfront development; started the planning process for the long-term Highway 99 improvements.

Earling is in the final months of his second term. He is not running for reelection, and either Councilmember Mike Nelson or Councilmember Neil Tibbott will be Edmonds' next mayor.

He reflected on changes he's seen and accomplishments he's made over his eight-years as the City's top executive.

"Whether you have lived in Edmonds for a long time or a short time, you have seen Edmonds transform itself from a quiet Puget Sound suburb into a vibrant, dynamic and active Puget Sound suburb. In fact, we have become a valuable contributing player in the region"

"Within the region, counties and cities have had to plan and execute ways in which to accommodate the changes," Earling said. "As we have come out of the deep recession of 2008, we in Edmonds, after taking significant action to reduce spending and revamp our troubled finances of 2008-2011, have since made great progress bringing our community to the strong financial position we are in today."

The mayor said he asked staff in the spring to be cautious in hiring additional staff for next year.

"They have met that challenge. Next year, the budget includes only two new staff positions. In addition, we have made a few shifts in job responsibilities and added three new half- time positions."

The City lost two major directors this year – Human Resources Director Mary Ann Hardie and Parks and Recreation Director Carrie Hite – both who quit after what some called difficulty in working with councilmembers.

Earling said that, on the revenue side, the City is having another solid year due to our region's very strong economy, and through the efforts of the BID (Edmonds Downtown Alliance), Chamber of Commerce, the Port, and City staff who have worked to increase our reputation as a Daytime Destination.

"Our arts community adds to the revenue projections," he said. "With high-quality local performance groups, the Center for the Arts, and now with the first designation in the state as a Creative District, the arts in Edmonds continue to flourish and add to the daytime destination.

"Without shopping malls or big box stores, we have created an identity which generates the revenue needed to sustain our community's expectations and quality of life. It is a reputation I hope the new council and administration will continue to foster for our future financial well-being."

Earling said that, even though he received councilmembers' priorities "very late into the budget development process," he and City staff have worked diligently to address priorities.

"We offer you a budget which looks to the future and at the same time is focused on making only good decisions for the long-term good of our community. Unlike the financial challenges of 2011, we leave you with a city which has a new sense of energy and vitality. We leave you with a very healthy community and a strong fund balance. It has been my pleasure to serve the city."