Ruffing it at Halloween Howl 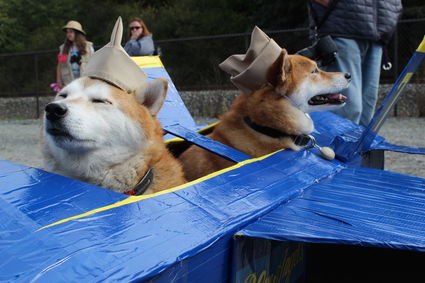 Judging was ruff at the 15th annual Halloween Howl at Off Leash Area Edmonds, but all were winners. According to OLAE co-founder Diane Buckshnis, the event raised more than $1,200 for the organization.

The Blue Angel pilots took home best in show. They are owned by Rob Low and his wife, Yayoi Nemoto, who spent two days making the iconic plane.

Mochi, 3, took third place in most original costume. Owner Anson Lin from Seattle heard about the contest when arriving. He improvised with what he had in his car. The Fren...