Senior QB Carr happy to be back for Warriors 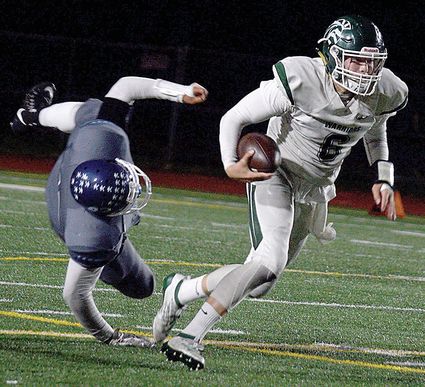 A hard hit by a Glacier Peak defender on the first play from scrimmage knocked Carr out of the season opener and put his season in jeopardy. It was initially thought that Carr had broken his wrist.

But fortunately the injury turned out to be less serious and Carr made a triumph return to the gridiron, throwing for one touchdown and running for another to lead the Warriors to a 27-13 victory over archrival Meadowdale in a Wesco 3A South clash Friday, Sept 27, at Edmonds Stadi...