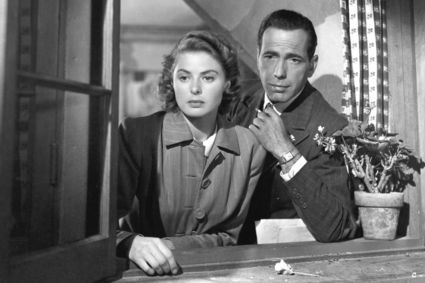 Ingrid Bergman and Humphrey Bogart star in "Casablanca." It's first up in the Cabaret Film Series at Edmonds Center for the Arts.

Before the screening will be a performance by Max Hatt and Edda Glass, a guitar and vocal who combine jazz, classical and folk elemnts.