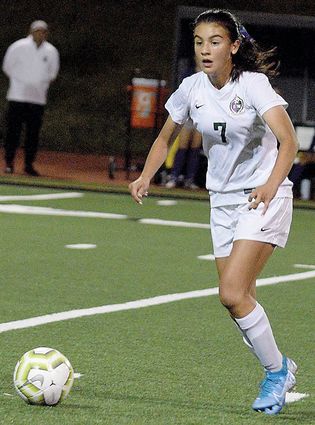 Turning over half the roster might be of concern for most programs.

But for the Edmonds-Woodway girls soccer team, it's more a matter of reloading.

Nine players from last year's 3A state quarterfinal squad are gone. But the talent level for the Warriors remains high.

"Our JV program was undefeated," senior co-captain Sydney Scott said. "Our program is super strong. We always have good players to fill in for the seniors that leave."

This year is no exception.

Newcomer Deanna Montero-Vega scored two goals to help lead the Warriors to a 3-0 victory over Kamiak in the season opener. Scott had the other goal.

Edmonds-Woodway does return some experience throughout the lineup, especially up front with senior co-captain Kyra Hicks and senior Sophia Martino-Crew, the team's top two goal scorers. Hicks emerged as a scoring threat during her sophomore season and as a result, she was double-teamed a lot last year. That allowed Martino-Crew a little more freedom, which she took advantage of.

"We're excited to see how it works," Edmonds-Woodway coach Bill LeCompte said. "It's a good mix. A new face to the mix is Deanna. ... She's uniquely different. When it gets deeper into the season it'll be fun to see how everything goes."

Montero-Vega brings good speed up front and she is a savvy player with good technical skills, LeCompte said.

Sophomore Jessica Emerson is back at goalkeeper and should only improve after a solid freshman season.

"I expect her to continue to grow and do what she's done," LeCompte said. "She's gotten better as a goalkeeper for sure."

LeCompte expects Emerson to be a vocal leader in the back line, a role she started to fill more and more toward the end of her freshman season.

The biggest piece that LeCompte is trying to figure out is the midfield, which lost three first-team, all-league standouts. So far seniors Scott, Dara Stotland, Taylor Lang, and Sydney Walsh and sophomores Marley Davis and Sierra Fisher have played there.

"We're trying to find the right combination," LeCompte said. "It helps us that we have options."

A good starting point for LeCompte is with Scott, who earned all-league honorable mention recognition.

"She's been on the team for so long," LeCompte said. "She knows how to use the field. Stepping into a larger leadership role has been a good thing for her. Her teammates have a lot of respect for what she brings."

Hicks is optimistic that the Warriors again will be in the state playoff hunt.

"Everybody on this team, whether it's the people on the bench or on the field, is a hard worker and gives it 110 percent the whole time," Hicks said. "It's a really talented group." 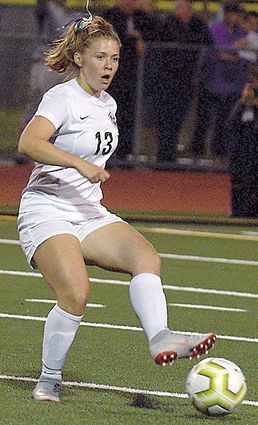 Edmonds-Woodway's Taylor Lang passes the ball to a teammate.