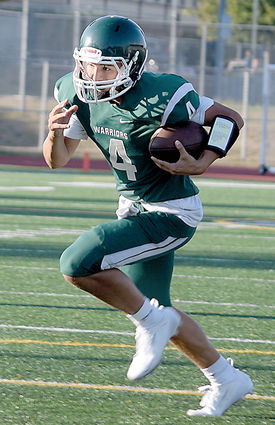 Edmonds-Woodway started off the week with some encouraging news following a tough 35-14 season-opening loss to Glacier Peak in a nonconference football game Friday, Sept. 6, at Edmonds Stadium.

It was initially thought that senior quarterback Read Carr suffered a broken wrist after being tackled on the Warriors' first offensive play of the contest.

Edmonds-Woodway coach John Gradwohl said on Monday, Sept. 9, that Carr's wrist is not broken and the exact nature of his injury will have to wait until the swelling goes down.

The Warriors ran a screen pass to open the game and Carr took a hard...