A town and its dogs | Moment's Notice 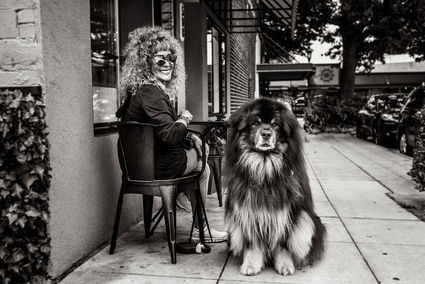 Anne Kutay and Romeo share a moment on Main Street. Romeo died a few weeks ago.

The phrase "a boy and his dog" has been adapted and expanded in a number of ways over the decades.

In all its forms, though, such a simple phrase embodies so much. It indicates the mutual benefit of the relationship, the reliance a person has on a dog, and the use of a possessive modifier that somehow feels more about care than ownership.

In certain places (special places, I would proffer), this symbiotic relationship extends beyond its population and represents the community itself. Edmonds is such a city.

In Edmonds, shared human-dog experiences are more than a walk before and after wor...