King's counting on young players to grow into starting roles 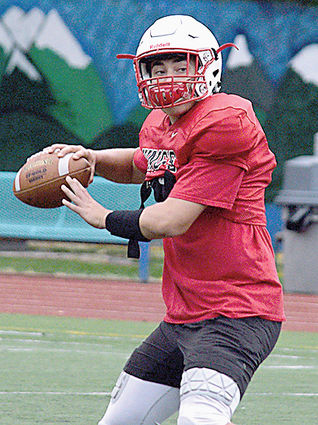 The King's offense can be summed up in three words – ground and pound.

With an offensive line led by all-league senior Colin Hamilton and an experienced senior quarterback in Luke Marion, the Knights have decided to run first and pass later.

King's coach Jim Shapiro, who's taken over as the team's offensive coordinator, said that Marion is a capable quarterback with a great arm.

So much of last spring and summer was focused on establishing the run game.

"We have our philosophy ... which is to run all over them and then it...