Connecting with students at Edmonds-Woodway 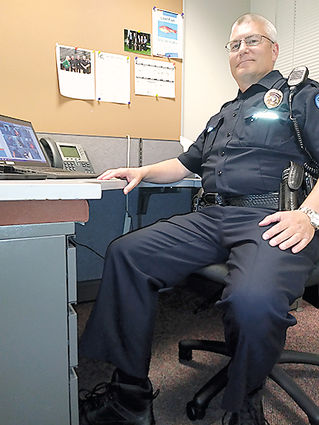 On Wednesday, Edmonds Police Officer Tom Smith begins the second year of his second stint as school resource officer at Edmonds-Woodway High School, a position he held from 2004 through 2010 before the recession forced the Edmonds School District to stop funding its 50-50 portion of the salary with the City.

On Monday, Smith reflected on his first year back.

"It was actually a really good year," he said from his office at the school, empty of students but thrumming with activity from teachers and staff preparing for the new year.

"I can't remember exactly what my statistics were, but I didn...