A summer recap of Edmonds petanque 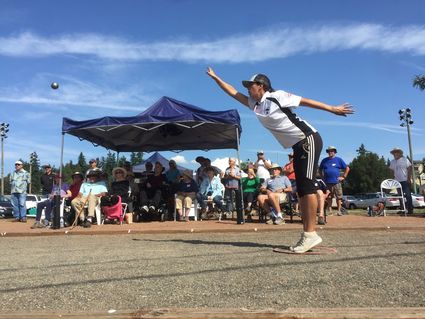 Bekah Howe of Port Townsend in an action shot from Civic Park in Edmonds.

It has been a busy summer of petanque at Edmonds Civic Park.

In June, Jacques Maussenet and Brien Meilleur claimed top honors in the 2019 Edmonds Petanque League. Meilleur and Maussenet amassed an extraordinary record during the five-week league competition, losing only two of the 22 matches they played.

Edmonds' Paul and Mari Dever finished a close second in the standings, falling only one point short of the winning duo. Bob Mazelow and Jack McHenry, with Hugh Guthrie substituting when a knee injury forced Mazelow to withdraw, came in third.

In celebration of the extended league play, 1...