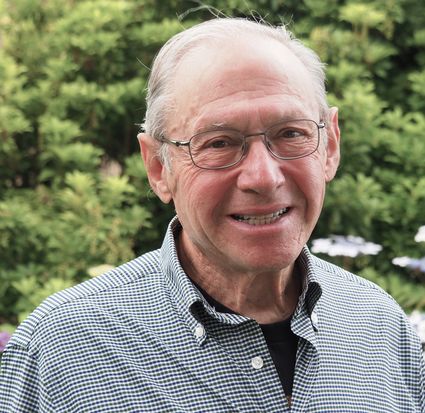 Edmonds has been torn by the issue of homelessness for over a year.

I, as well as many residents of Edmonds, am concerned about the welfare of those who are homeless and how best to help them. In addition, they are rightfully worried about the impact of high-density housing and homelessness on our town.

Conflicting reports about the number and kinds of homeless people has added to my uncertainty and concerns of other members of the Edmonds community. This has not been helped by the reports of two separate consulting firms that have produced opinions based on questionable assumptions and debatable conclusions.

These reports have not even shown any clarity on the actual number of homeless here in Edmonds: Are there 230 or only 10? More importantly, the consultants have largely ignored the destructive effect of homelessness that we regularly see in Seattle and other cities, with the implicit and improbable promise that it won’t happen in Edmonds.

I am writing this opinion based on reports from HUD, the census bureau, and other sources, as well as my own concerns that we are not optimally directing our resources and efforts to help homeless people, especially in our community.

Any effort to manage homelessness as one single matter is likely to fail. Moreover, addressing this matter as only one problem is misleading and even deceptive. Indeed, such deception has been not infrequently employed to achieve political, social, and economic agendas.

They tend to not to be serious alcoholics or addicts, and are able to control emotional or mental problems. In addition, the acute homeless people often live in the same communities where they have lived before becoming homeless  it is where their families and friends live, and where they may have a support system.

People who are acutely homeless can benefit from job training, low interest loans, and counseling, as well as from community services that help them find jobs and decent places to live, often in their own communities.

This group largely consists of drug addicts, alcoholics and seriously mentally ill or a combination of these factors. It has been estimated that 70% or more of the chronic homeless are in this group. A smaller percentage even chose this lifestyle.

They are not often “local,” but will travel to the “best” and most comfortable place to be homeless. They are the unfortunate, often desperate, people we see sleeping in the streets of Seattle and elsewhere.

For the people who are chronically homeless, their homeless state is not their problem: It is the symptom.

Providing them with shelter, drugs, clean needles, etc., won’t solve their problems. These acts can prolong their suffering and contribute to their ill health and premature, often violent, deaths. They need treatment.

Thus, while it may seem compassionate to support their lifestyle, it may actually be harmful, because it but does not seriously attempt to resolve the issues that brought it about.

In addition, it also harms the communities that they consistently and seriously degrade, as we have seen in Seattle, Los Angeles, and other cities on the West Coast. However well intentioned, it is the wrong solution.

These two populations of homeless individuals are not mutually exclusive: Acute homeless can become chronically homeless and vice-versa. There are often other factors that may be contributory.

Moreover, it is also true that the majority of addicts, alcoholics, and people with mental problems in America live relatively “normal” lives, but are not homeless.

Ignoring the differences between acute and chronic homeless, and treating these two distinct populations as one, is futile and a waste of time, resources, and precious lives. In order to achieve a lasting and successful resolution to these problems, we must reevaluate our perception of homelessness.

We must work to find realistic solutions that can effectively help both the acutely and chronically homeless people in our community to relieve their suffering and to help them achieve productive and meaningful lives.

Moreover, it can prevent and perhaps even repair the decay and squalor that we have seen in other communities affected by homelessness.

The residents of Edmonds want to do the right thing. However, to do so there must be clarity as to the causes and remedies needed to effectively solve the problem of homelessness.