Apollo 11 anniversary to be celebrated in Edmonds 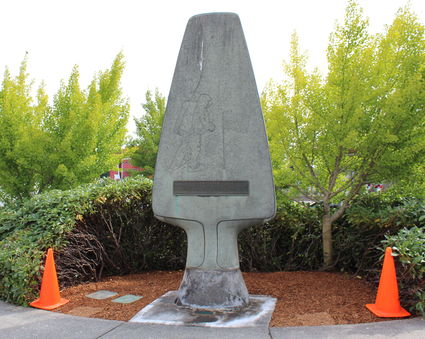 The memorial to Apollo 11 is at Neil Armstrong Plaza in Edmonds.

A ceremony in honor of the 50th anniversary of the Apollo 11 landing on the moon is 9 a.m. Saturday, July 20, at the Public Safety Complex, Fifth Avenue North and Bell Street.

It will be held in the north parking lot at Neil Armstrong Plaza, which was dedicated July 4, 1976.

Guests include Mayor Earling and the color guard of Edmonds VFW Post 8870.

The event will be emceed by Feliks Banel, Northwest historian and KIRO-FM radio personality.

Banel will speak on the historical significance of the anniversary and invite people in attendance to share their memories of the Apollo 11 landing....