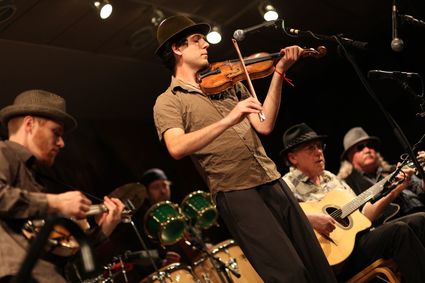 Gypsy jazz band Ranger and the Re-Arrangers kick off the 2019 free summer concerts in Edmonds.

The free Edmonds summer concerts at City Park and Hazel Miller Plaza kick off Sunday, July 14, with Ranger and the Re-Arrangers.

The performances this year range from a cappella and Latin/world music to Shakespeare, juggling and comedy show.

“One of the goals is to provide a diverse range of performances, and we generally do not have performers back two years in a row,” said Frances Chapin, arts and culture manager for the City of Edmonds.

Formed in 2007, Ranger and the Re-Arrangers is a gypsy jazz band with Ranger Sciacca on vi...