Retirement, is that what you really want? 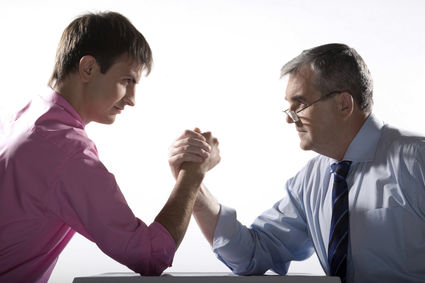 An increasing number of older workers are delaying retirement, some for financial reasons, many simply because they enjoy what they do. Theyre not ready to step aside, and are challenging younger workers who want their jobs.

“What would I do if I wasn’t doing what I am doing?” This question, heard often, can be interpreted as humorous, challenging or even fearful. Make a plan now and be prepared for this next stage of life.

Suzanne Woolley, in the Bloomberg Press, tells us, “Americans 65 or older are twice as likely to work now than in 1985.”

A recent trend is emerging where those of age 65 are choosing not to take the gold watch, but continue working instead. There was a time, not so long ago, when retirement was mandatory for men at 65 and women at 62  the biggest factor being eligibility for Medicare and Social Security income.

Sometimes management encouraged the “retirement package,” using age as the reason for letting a “greying” middle-manager go, making room for the new ideas of younger men and women.

This was not always a sound move. A seasoned employee had learned his job well and was a productive element in the job. In fact, he/she had made the job into a career. To be replaced at this time would ensure costs for a job search and training by the organization with only a slim chance of success.

A survey by “Home Instead Senior Care Network” in “News USA” magazine, shows us that 53% of workers approaching retirement in the next five years, believe they will “unretire.” Many related that they have become bored and “disenchanted” with their careers and want to contribute to a more meaningful experience and directly impact their communities. To that end, “Home Instead Inc.” is collaborating with “RetirementJobs.com” to assess the interests and skills of this unique, “new” job force challenge.

However, according to Elizabeth Kelly, vice president of “United Income” in the Bloomberg Press, there is a major conundrum. “Wealthier and better educated individuals in good health continue working, but those in the working-class need those higher paid jobs more.”

At this turning point in life, some factors can influence the retirement decision. Having invested time and money to pursue a career that is still enjoyable will weigh heavily as a “plus.” Health and economics must also be considered. Have you saved and planned adequately? Being financially secure is as important as one’s physical ability to carry on in a demanding career. Perhaps this is the time to re-evaluate a major life change for the future.

Some retirees have moved on to a second career, maybe in a field that doesn’t pay as much, but is personally rewarding. Many of our key community volunteers have left the stressful corporate environment to fill local positions, where their business experience has made them invaluable.

The Seattle Times, Business Section of May 21, 2019, tells us how Japan, with the largest older population in the world, and a life expectancy to age 84, is handling retirement. Here, people are working into their 70’s and beyond, and actually help the government.

According to Prime Minister Shinzo Abe, “Older workers add to the tax base and ease the burden of government spending.” He is urging companies to “abolish retirement ages and pass legislation to delay receiving pensions to 75.”

This seems a rather drastic measure, but highlights the need to capitalize on a segment of the population that can still contribute valuable business acumen and acquired technical experience.

Take the time and energy to plan wisely for this phase of your life.