Among the best of Edmonds | Guest View 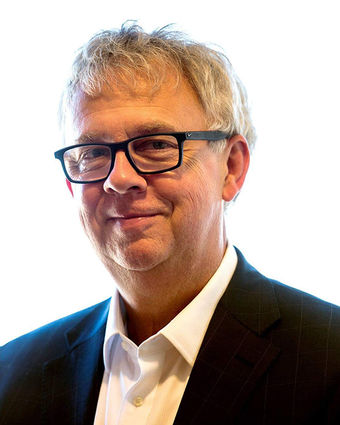 After 25 years of operating a business in Edmonds, I’ve heard superlatives used to describe almost everything we have to offer. Sometimes I roll my eyes, but now I find I’ve become that guy.

I am the president of the Edmonds Center for the Arts board of directors, and my term is ending. I’ve been ECA’s cheerleader in chief. And I’m not alone as a cheerleader.

A recent survey indicated that 94% of Edmonds residents consider ECA to be a strong asset of the city. They have good reason to believe that.

From day one, ECA has existed to entertain, inform, inspire, engage, and challenge. Every individual who works or volunteers for this organization embodies and celebrates the values of creativity, expression, risk, inclusion, diversity, and excellence.

There are also many who experience ECA in ways other than through the performances we bring here. Each year ECA hosts our Dementia Inclusive Series, artist residencies and education matinees.

Over 62% of our education matinee tickets, over 4,000, are already reserved for next season. We convene an annual Community & Cultural Development Reception to help build community connections because we believe the community is strongest when we all have a seat at the table.

We know that many families in our city face financial challenges, so we make $2 tickets available for select events to those who might not otherwise be able to attend, through our Arts for Everyone program.

ECA is successful because the community has made it a success. ECA would not be as successful without great relationships and support from community partners, including the City itself. The City of Edmonds has been at ECA’s side since we were just an idea.

Last year, under the direction of the City Council, Edmonds joined other local governments throughout the region in committing funds out of the City budget to support the operation of its performing arts center.

We are also grateful for the support we receive from a huge number of local businesses and an army of volunteers. When you walk through the doors and your ticket is checked, you are handed a program, helped to your seat or served a refreshment, that amazingly friendly person is a volunteer.

More than 200 individuals give their personal time to make sure you have a great experience, and that the money raised by ECA can be used to meet and exceed your expectations.

ECA is on solid financial ground because of these relationships, and because it operates with strong financial stewardship and oversight.

ECA is also good for your health.

One study recently indicated that attending performing arts events can increase lifespan by as much as nine years. I’m not suggesting you give up exercise or a healthy diet. I’m just saying

I am beyond grateful for the generous support of our city, businesses, volunteers, donors, and patrons. Your generosity, along with that of the dedicated ECA staff, has given Edmonds another amazing thing to brag about.

I encourage you to help build the future of Edmonds Center for the Arts. Volunteer. Host your own event here at ECA. Become a sponsor or a donor. Lend us your talents on a committee or the board.

Or simply come and enjoy one of our amazing performances.

Alan Lawrence is outgoing president of Edmonds Center for the Arts.