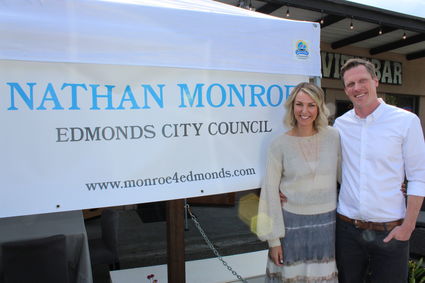 Monroe is being challenged by Laura Johnson for Position 7.

Neil Tibbott, who holds Position 7 now but will give it up as he's running for mayor, introduced Monroe, who spoke for a little under three minutes.

Look for a story next week in the Edmonds Beacon.