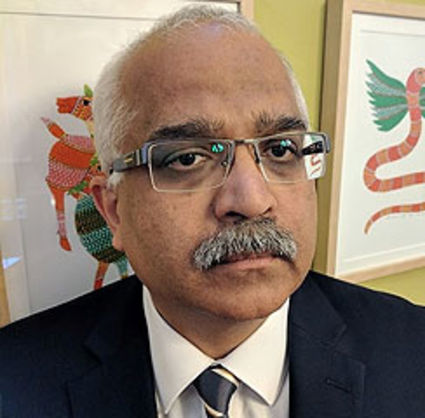 Editor’s note: Aseem Prakash is a professor at the University of Washington and director of the Center for Environmental Politics. He wrote the following letter to Gov. Jay Inslee as a resident of Edmonds. It is published here with permission.

The state legislature’s 2019-21 transportation budget has appropriated $6.2 million to build a one-lane overpass, or waterfront connector, over the railway tracks to connect Edmonds' Sunset Avenue North with the Brackett’s Landing beach.

Our mayor claims that this connector will provide emergency medical help across the railway track in the event the tracks are blocked. However, according to the city’s own analysis, the same objective could be accomplished at a much lower cost.

For example, a pedestrian bridge with a dedicated elevator could be located further south along the track where it would not impact the public beach or the Edmonds Underwater Park.

In addition to being a terrible waste of money (its “initial” price tag is $27 million), I have two other objections.

First, this project potentially harms the protected Edmonds Underwater Park, which covers 27 acres of tide and bottom lands and attracts 25,000 scuba divers every year. One end of this connector will be located on Brackett’s Landing beach, which is contiguous to the protected Underwater Marine Park.

I am therefore deeply worried about the environmental consequences of the proposed project.

Because the city government might be tasked to undertake these environmental reviews, I urge that your office ensures that these are rigorous reviews that meet the highest methodological standards and are conducted in an unbiased fashion.

For reference, the same mayor is on record for opposing a project protecting the wider buffer for the Edmonds Marsh, which includes the Audubon Washington State Birding Trail.

Second, it is not clear how this project fares from a climate policy perspective, especially in the context of sea level rise. This also means that this project will probably have a short economic lifespan because ,with sea level rise, Brackett’s Landing beach (where one end of the connector will be located) will get inundated during high tide.

This means that emergency medical support cannot be provided during these times, defeating the purpose of the connector. Further, when the tide recedes, the contaminated water from the parking lot will pollute the contiguous Underwater Park.

I admire your willingness to acknowledge policy mistakes and undertake course correction as evidenced in the context of the Kalama Methanol plant and the Tacoma LNG plant. The state legislature has made a grievous environmental mistake by appropriating funds for the connector project.

I hope you will seek to correct it.