Another Mexican restaurant coming to Edmonds 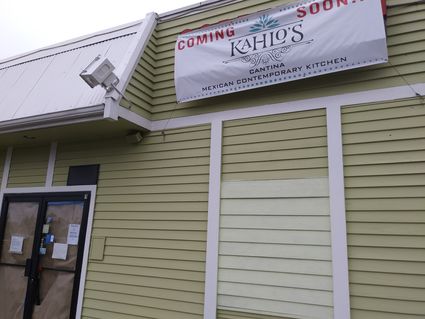 Kahlo's is opening soon in Edmonds.

Another Mexican restaurant is coming to Edmonds  or should we say, another cantina?

Kahlo's Cantina, which bills itself as "Mexican contemporary kitchen," is taking the spot of the former Skippers-then-Vatika-then Copper Pot location by the ferry.

This comes two months after the Beacon announced that Santa Fe Mexican Grill & Cantina  which has a location in Richmond Beach  put a sign in the window of the former El Puerto, itself a longtime Mexican restaurant.

According to public records, Kahlo's Cantina's applicant and property owner is George Sharawy.