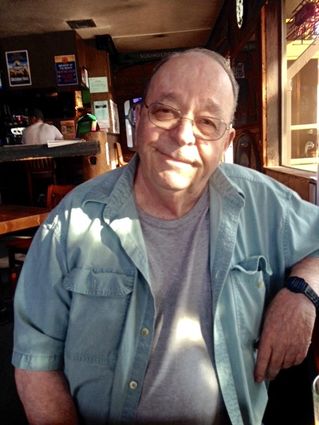 A bunch of old farts were tipping their brew, at Edmonds’ Rory's Pub

Out on the floor, and spreadin' the love, were the charmers serving the grub

In back of the bar, and running the show, was Kelli, who never got tired

She was pouring the drinks and pulling the suds and kickin' ass, when required

Now, Rory's Pub was once The Sail Inn, and Dorothy did preside

If you wanted some food, you paid up front, while your spuds and your burger fried

’Twas a one-woman show, but what the heck, the clients were very few

If you had a complaint, you got kicked out (Sail Inn was not for you)

Then Rick and Julie came along, but the simple charm remained

The food was good, and the roof still leaked, but only when it rained

The plumbing was broke in the gentlemen's room, and the urinal was not very nice

And the favorite sport of the patron guys, became to see who could melt the most ice

The pool table left, and the service improved, and Rory's got its new name

So more people came to enjoy the place, but you always could park, just the same

And plans were made to expand the joint; the ideas were rather grand

Until the city planners stepped in, those guys should really be banned

So once again the ownership changed, and more improvements were made

And the more they would shout, the louder it got, like our hangout never had been

Now this is where we are today, and management should really be proud

As success, in the case of the restaurant trade, depends on the size of the crowd

You've got to be happy for owners and staff, and the way they created this clout

But I can't help recalling more peaceful times, and the time Dorothy kicked my ass out

Cliff "Old Fart” Ruthrauff is a retired Navy commander. He has many interesting stories, and  as you might guess  is a regular at Rory’s.