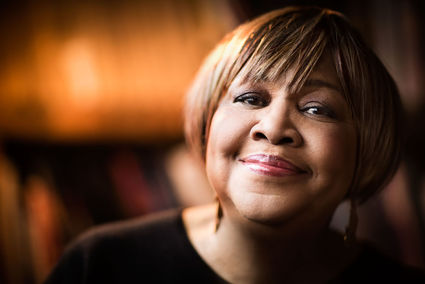 Edmonds Center for the Arts this week announced its 13th season, and it may be the best ever. It’s certainly got its share of star power.

The season opens in September and continues through May 2019, including award-winning contemporary artists, as well as mix of music, dance, film and comedy.

Full-season subscriptions, 8-plus and 5-plus packages can be purchased by calling the ECA box office at 425-275-9595, visiting www.edmondscenterforthearts.org/about/tickets, or visiting the box office noon-5:30 p.m. Monday through Friday.

More performances and movies will be added, so stay tuned.

Edmonds Center for the Arts is at 410 Fourth Ave. N.

The performer is a poet, songwriter, producer, musician, singer, advocate, and a philanthropist. But she is possibly best known for the love in her music that has inspired and motivated people worldwide. $44-$79.

The a cappella group has multiple ways of making music using only their voices, and their repertoire is a mix of their own compositions and cover versions. This year they are celebrating their 20th anniversary, which will be accompanied by new releases and remixes of famous hits. $24-$59.

More than three decades have passed since Los Lobos released their debut album, “Just Another Band from East L.A.” Los Lobos, who had a top hit with Richie Valens’ “La Bamba,” will be playing songs from their catalog in both acoustic and electric form in their 45th anniversary tour. $39-$74.

Grammy-nominated Broadway fiddler/violinist/soloist is the first violin soloist to bring an entire program of all-new solo arrangements through her new album, “The Fiddler Expanding Tradition.” $19-$49.

The ukulele maestro, who returns to Edmonds, first came to the world’s attention with his original take on George Harrison’s “While My Guitar Gently Weeps” in a viral video that dominated YouTube in 2005. Since then, the Hawaiian-born Shimabukuro has virtually reinvented the four-string instrument, causing many to call him “the Jimi Hendrix of the ukulele.” $34-$69.

Dutcher is a classically trained Canadian Indigenous tenor, composer, musicologist, performer and activist. He blends his Wolastoq First Nation roots into the music he creates, blending classical, traditional, and pop. $19-44.

Keller Williams has established a reputation as a creative force, with his unmatched ability to collaborate and evolve in a career spanning more than 20 years. His Tom Petty-inspired project, PettyGrass, finds him performing select covers in a bluegrass style alongside quintet The Hillbenders. $19-$49.

Crowell, known primarily for his work as a singer and songwriter in country music, has released 20 albums in four decades, with five consecutive No. 1 hits. His honors include two Grammys and membership in the Songwriters Hall of Fame. $19-$54.

The 40th annual Seattle International Comedy Competition is billed as the real “Last Comic Standing.” Thirty-three comedians from all over the world compete for over $15,000 in cash prizes. It’s America’s biggest touring comedy festival. $19-$39.

The best-selling and most-awarded female gospel artist of all time, Winans is one of the most accomplished and celebrated women in modern music history. Recording and performing as both a solo artist and as a duo with her brother BeBe, CeCe has influenced a generation of gospel and secular vocalists over the course of her career. $39-$74.

From the traditional gospel music of the 1950s to the 1960s protest song, from the self-empowerment anthems of the 1970s to the soulful love tunes and mature Americana of more recent years, Staples and her family have consistently created some of the best and most inspirational music of the past half-century. Mavis, who sang the lead on “I’ll Take You There,” turns 80 this summer. $39-$74.

Shesh Besh, an Arab-Jewish ensemble searching for an elusive balance of East and West in music, says it embodies two cultures living together in harmony. It is comprised of three members of the Israel Philharmonic Orchestra alongside four musicians from Israel’s Arab community. $19-$49.

Specifically designed to make ballet accessible by all, Hiplet is a fusion between classical pointe technique, hip-hop, and a variety of other urban dance styles. After going viral on Homer Bryant's Instagram in 2016, Hiple thas received recognition worldwide, with appearances in Germany, France, Spain, South Korea and Hong Kong. $19-39.

With more than 20 years as a standup comedian, Papa is one of the top comedic voices in the country finding success in film, TV, radio and podcasts as well as on the live stage. He just signed on as head writer and regular performer for the radio show “Live From Here,” and is a regular on “Conan” and “The Late Show With Stephen Colbert.” $19-$39.

Kentucky native Joan Osborne first came to prominence in 1996 with the Grammy-winning record “Relish,” which featured the controversial hit "One of Us." In the decades that followed, she has explored nearly all facets of American music and has proved herself as versatile as a vocalist as she is powerful.

International siren and comedienne Meow Meow brings her brand of subversive and sublime performance to ECA. $24-$59.

Saturday, April 18: Boogie from the Bayou/Terrance Simien and The Zydeco Project with Beausoleil avec Michel Doucet

Friday, May 1: Holly Near with Jan Martinelli and Tammy Hall

Holly Near has been singing for over 45 years. Singing with her is keyboardist Tammy Hall and bass guitarist Jan Martinelli. $19-44.

2020 marks the centennial year of the late jazz giant Dave Brubeck. To celebrate his life and legacy, Dave's sons Chris and Dan Brubeck, who performed and recorded with their father since the 1970s, curate a multimedia show with their own Brubeck Brothers Quartet. With Dan and Chris as the foundation, guitarist Mike DeMicco and pianist Chuck Lamb complete this quartet. $19-$49.

Jonas is a choreographer, director and artistic director. He was introduced to the art of dance at 13 by the Calypso Tumblers, a street-performing group on the Venice Beach boardwalk. After receiving several awards for his independent work, Jonas was mentored by Donald Byrd, a Bessie award winner and artistic director of Spectrum Dance Theater in Seattle. $29-$54.

Complimentary tickets available upon request for kids 18 months or younger. Patrons who qualify for free and reduced-price meal programs through the school district and low-income seniors are eligible for $2 Arts for Everyone tickets.

Sing along with Bing Crosby, Rosemary Clooney, Danny Kaye, Vera-Ellen, and the film’s remastered soundtrack at a special holiday screening of the 1954 film, presented with lyrics on the big screen.

The oldest existing animated feature, “The Adventures of Prince Achmed” was created in 1926.The film tells the story of a wicked sorcerer who tricks Prince Achmed into mounting a magical flying horse and sends the rider off on a flight to his death. Ten years ago, musicians Miles and Karina were commissioned by the Northwest Film Forum to compose a new score for this classic film, and will accompany the film, live.

Created in 2000, Creole for Kidz and the History of Zydeco is an innovative and high quality multicultural performing arts program that has reached over 500,000 K-12 and college students, parents and educators at schools, art centers and festivals around the globe.

A chance to see classic films on the big screen  and to join happy hour backstage during pre-film cabarets. Each cabaret features a live performance by local artists and the opportunity to mingle before the screening. 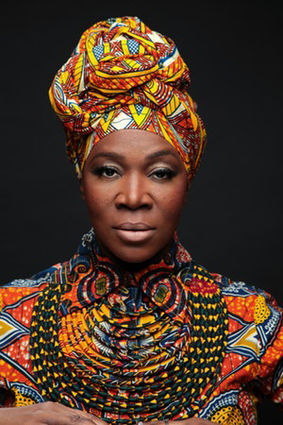 India.Arie opens the Edmonds Center for the Arts season Sept. 21.

Starring Humphrey Bogart, Ingrid Bergman and Paul Henreid. A cynical American expatriate struggles to decide whether or not he should help his former lover and her fugitive husband escape French Morocco. Cabaret act: Max Hatt and Edda Glass.

Starring Barbara Streisand, Omar Sharif and Kay Medford. The life of Fanny Brice, famed comedian and entertainer of the early 1900s. We see her rise to fame as a Ziegfeld girl, her subsequent career, and her personal life, particularly her relationship with Nick Arnstein.