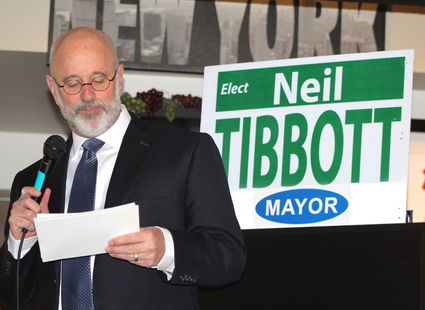 As Stevie Wonder’s “Superstition” blared, Edmonds mayoral candidate Neil Tibbott showed a few dance moves as he shimmied into Cafe Louvre to clapping and cheers from his supporters.

The City councilmember explained the song’s purpose halfway through his 15-minute speech during his campaign kickoff.

“I'm running to serve as the mayor of Edmonds, and tonight I know that in this room there are people from all across the political spectrum. Yet we are here together tonight because we care about our city, and that's what I care about. I'm not bringing agendas from outside. I do not represent any special interest. I'm not compelled to implement the latest ideas from Seattle or Olympia.”

That last statement drew the biggest applause of the night, where among those in attendance were City Council candidates Vivian Olson, Diana White and Nathan Monroe. Speaking to the audience on Tibbott’s behalf were emcee and current Councilmember Tom Mesaros, former Mayor Gary Haakenson and Citizens Economic Development Commission chairwoman Mary Monroe.

“I appreciate his values and I appreciate his character,” Haakenson said. “Those are some traits that are not often seen these days in the political arena. So I think he's a good fit. I can't wait for election night, when we can have another party just like this. Only way bigger.”

As of Monday, Nelson had raised more than $20,000 in campaign contributions and Tibbott has raised almost $3,000, according to the state Public Disclosure Commission.

Tibbott said his priorities include public engagement, Highway 99 development, and the completion of current projects.

“I want to be the mayor who is the chief defender, the chief advocate, and the chief collaborator for our city,” Tibbott said. ”I believe that I can bring those together. And I promise, I promise, to reach out to the entire city so we can be proud of our government and be hopeful about our future.”

Tibbott pointed to trends he sees in the the city. The first was positive, he said, mentioning the future Waterfront Center and Civic Park, Edmonds’ distinction as being the first Creative District in the state, and citywide programs to enhance the environment.

“Have you noticed how many new businesses are popping up on Main Street and Fifth?” he said. “It’s very exciting. This is a happening place, and I’m excited about that trend.

“I am the candidate in this race offering sound leadership, backed with the skills, the administrative background, the professional experience and working knowledge of how to lead planning effort and the work we need to do in the city. By doing that, I think we will keep this positive trend moving forward.”

The second trend Tibbott sees is one he said concerns him deeply.

“If you listen to the national conversation, it’s easy to hear the lack of civility between people and opposing parties. It's a damaging trend that tears at the heart of our relationships and, unfortunately, that damaging trend is showing up in several of our meetings.”

“I've worked for over 20 years in the area of communications and public engagement. I have a degree in communications from the University of Washington and I know how to build consensus. I know how to create strategic plans at work and I want to be that mayor that moves us forward in those areas. I care deeply about our city, and whether the treads are pointing up or the trends are pointing down, I promise to be a sound manner for the city of Edmonds.” 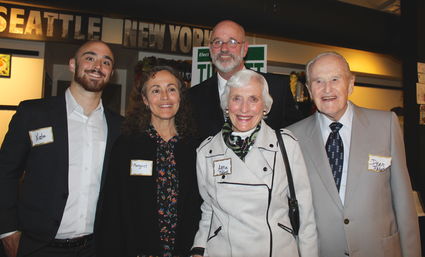 “I promise you all know I will not shoot from the hip when it comes to citywide programs. When I lead, you will know that we had gathered the facts, studied them with community stakeholders and made a decision.”

Tibbott then took a swipe at his opponent.

“Other candidates will give you a long laundry list of programs that they want to implement, and they will do this without specifics and what programs will look like, and yet never tell us how we're going to pay for them. I'm not that kind of leader. Just ask anyone around. Anyone who's worked with me for the last 15 years.”