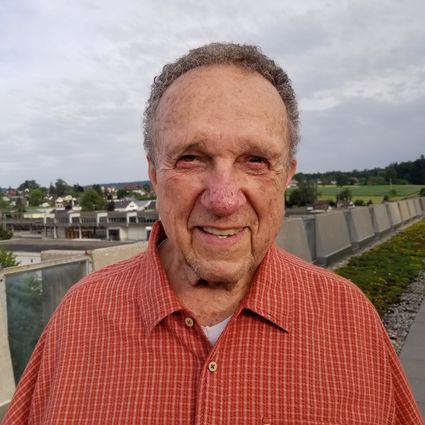 There have been four or five letters to the editor and comments published on websites questioning if there were a better way to cross the railroad tracks than that approved by the City Council.

The issue: Do we provide emergency services to those on the west side of the railroad tracks on a 24/7 basis?

Mayor Dave Earling created two advisory committees to study alternatives and provide recommendations. The first studied 51 different suggestions, many coming from the public, and selected the Waterfront Connector across the railroad tracks at Edmonds Street and Sunset Avenue North.

I was a member of both committees.

We determined that an aid car and fire engine had to be capable of driving to the location of the incident, and that the fire department would not permit a station to be built on the west side of the tracks. This eliminated several recommendations.

Councilmember Diane Buckshnis moved to accept the connector suggestion and add it to the City capital improvement plan at the Nov. 15, 2016, council meeting. Councilmember Mike Nelson, who was co-chair of the committee said, “We did a lot of work to get to this point, and I really do think this is the best solution under the circumstances. I’m really happy with the task force and everything we did collectively.”

Councilmember Kristiana Johnson added, “I think this is an excellent project, and is probably the best design for our city with the least impact. I’m happy to support it.”

The second mayoral committee dealt with the connector’s design and cost. Emphasis was on minimizing visual impact and building it at the lowest cost. As you travel north on Sunset from Main to Edmonds Street, the road rises so that at Edmonds Street the height is such that the connector road height would only be 2 feet above grade.

Streetlights were to be placed at curb level and shaded so as not to be seen from shore. Rail height would be 54-inches high and fabricated of pipe and cable to be transparent from shore, except for the throw barrier for the bridge over the railroad tracks, where it must be 8 feet high but of similar construction as the lower rail.

The sole purpose is to provide 24/7 emergency medical and fire services when the two roads providing access to the west side of the railroad tracks, Main Street and Dayton Street West, were obstructed by a train.

The contractor assisting the committee provided several suggested designs for the connector. Some had soaring towers with cables supporting the roadway below. The committee immediately rejected them due to undesirable views from the shore.

We finally got down to a one-lane roadway, which would handle all fire vehicles and had a viewing area on the northwest corner. In the interests of cost, that viewing area was eliminated.

The connector would have motorized bollards in the roadway at each end that could be lowered to allow emergency vehicles to transit, but would prohibit civilian motorized vehicle travel. Pedestrians and bicyclists would be able to use the Connector when closed to vehicle traffic.

Though not designed for the purpose of handling ferry traffic, an inbound ferry would be allowed to discharge cars over the connector, but all other ferry traffic would be halted until crossings resume at Main Street. New bathhouses would also be constructed.

There were negative comments about building another “viaduct,” which would have to be torn down in 20 years. The comparison with the Seattle viaduct is misplaced. First, the Waterfront Connector is not a viaduct  check the dictionary.

Second, it was rendered unsafe because of earthquake damage. Buildings and bridges are constructed today to be more capable of surviving earthquakes.

The cost was estimated at $30 million, which included a 40% contingent fee for cost overruns.

Both the Port of Edmonds and Washington State Ferries have indicated they would provide some funding for the connector. Major sources would be grants from the federal and state governments.

Grants are specific as to what they can be used for. So Councilmember Nelson’s comment, when he voted against the connector when the second committee’s recommendations were before the council that “the money could be better spent for sidewalks,” was superfluous

Kirk Greiner is a retired Coast Guard captain. He has lived in Edmonds for 17 years, and was co-chairman of the citizen wayside horn project to lessen the impact of noise at Edmonds railroad crossings.