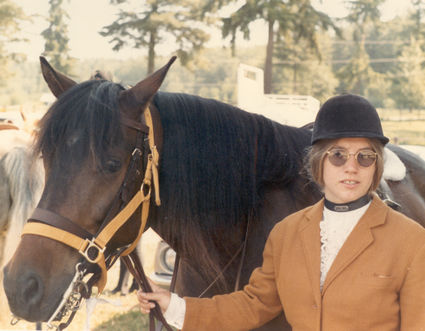 Jody Loomis, in a picture from 1972, the same year she was murdered.

Detectives from the Snohomish County Sheriff’s Office arrested a 77-year-old former Edmonds man Wednesday, April 10, for the 1972 murder of 20-year-old Jody Gwen Loomis. She had also been raped, according to Snohomish County court documents.

Her body was found in what was a heavily wooded area near what is now Mill Creek Road, east of the intersection of Bothell-Everett Highway and 164th Street SW.

Terrence Miller, identified as a suspect through genetic genealogy, was arrested without incident at his home around 10:30 a.m. on 52nd Avenue West in unincorporated Snohomish County, which has an Edmonds mailing address.

A trial is scheduled to begin June 7.

According to documents, it’s at Miller’s house that Loomis and his wife run a ceramics shop called "Miller's Cove."

Detectives say they believe Miller was living in the Edmonds area at the time of the murder, about five miles from where Loomis’ body was found.

It was on Aug. 23, 1972, that Loomis  who was engaged to be married  climbed on her 10-speed bike and left her home at 20 Winesap Road in Bothell to ride her horse Saudi, located in a stable on Strumme Road.

It was her first time riding her bike to the stable, her parents said later. They typically dropped her off themselves.

She rode north on North Road to 164th Street SE and east toward Bothell-Everett Highway. She was last seen crossing the highway and riding up the hill on what was then called Penny Creek Road (now Mill Creek Road) at 5 p.m.

At about 5:30 p.m., two people found Loomis in nearby woods, naked except for underwear, socks and boots, and shot in the right temple with a .22-caliber handgun. She was on her back, gasping for air. The passers-by took her to Stevens Memorial Hospital in Edmonds (now Swedish Edmonds), where she was pronounced dead on arrival.

“As a team member on the Snohomish County Sheriff's Cold Case team, I have been working on this case for over 15 years,” Wright said Thursday, April 11. Wright has written about the case for the Mill Creek Beacon.

More than 10 years ago, he started a weekly volunteer job with the Snohomish County Sheriff's cold-case team. One of his assignments was to review more than 60 cases in the unincorporated Snohomish County area and give his input regarding which cases had a high probability of being solved.

“Jody's is one of those cases from the start that touched my heart,” he said. “In fact, for over 10 years I have been carrying her picture in my wallet, knowing that someday we would catch her killer.

“I'm very pleased on what our team has done to catch Jody's killer, but at the same time I have lapses into sadness since Jodi's parents died before we could track down and arrest their daughter's murderer.”

According to documents, Miller was married and divorced twice before Loomis’ murder. He married his first wife when he was 18; she was 14. His current wife is his fourth.

In 1972, when the murder occurred, Miller spent at least some of his time at his parents’ home on 76th Avenue West in Edmonds. He attended Edmonds High School, but does not appear to have graduated.

His previous contact with law enforcement included contributing to the delinquency of a minor, destruction of property, indecent exposure and statutory rape with his daughter from his second wife.

Court documents say the last contact between Miller and police occurred in 1999, with allegations that Miller had molested his developmentally delayed half-brother in the Edmonds house on 76th Avenue West. Based on the disclosure of a single incident that likely occurred beyond the statute of limitations, police ultimately concluded their investigation without an arrest.

“After more than 46 years of searching for her killer, we finally have some answers for Jody’s family,” Snohomish County Sheriff Ty Trenary said in a news release. “Thanks to the relentless persistence of our cold case team and new DNA technology, we are one step closer to justice for Jody.”

Genetic genealogy is the use of DNA testing in combination with traditional genealogical methods to establish the relationship between an individual and their ancestors. This is the second arrest in a Snohomish County cold homicide case using results from genetic genealogy, with the first being the William Talbott murder case, scheduled to go to trial in June.

Talbott is a suspect in the 1987 murder of 18-year-old Tanya Van Cuylenborg and 20-year-old Jay Cook.

Nationally, DNA evidence led to the arrest of former police officer Joseph DeAngelo, suspected of being the Golden State Killer. He is due back in court in California in August.

Successful identification of Miller was established with assistance from Parabon NanoLabs and genetic genealogist Deb Stone. A digital file containing DNA genotype data gathered from evidence collected from the victim was uploaded to GEDmatch, a public genetic genealogy website. 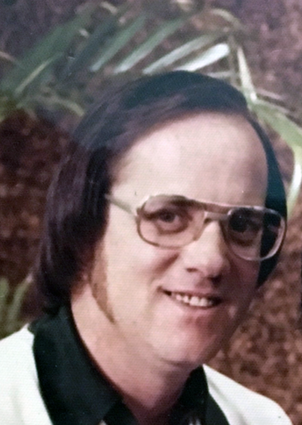 Photo of Edmonds suspect Terrence Miller believed to be taken near the time of Jody Loomis' murder.

Several promising matches were found for a few of the suspect’s relatives. After the genealogist identified parents of possible suspects based on the family tree, police  who had been tracking Miller since August of last year  picked up an abandoned DNA sample from a cup Miller threw away at the Tulalip Casino.

Detectives continue to gather and process evidence and interview witnesses related to the investigation of Loomis’ murder, and are asking for people to come forward with information, specifically anyone who knows of firearms that Miller owned in 1972, where he worked, what vehicles he drove then, and if he was ever in possession of a bridle for a horse.

Those with information related to this case or suspect can call the Snohomish County Sheriff’s Office tip line at 425-388-3845.