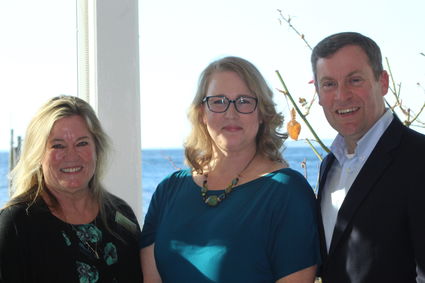 Laura Johnson kicked off her campaign for Position 7 on the Edmonds City Council Sunday, March 31, at the Edmonds Senior Center.

At this point, Johnson is running unopposed for the seat. Incumbent Councilmember Neil Tibbott is running for mayor.

Among those in attendance at Sunday's event were Councilmember Mike Nelson, who is also running for mayor, Council President Adrienne Fraley-Monillas, and Alicia Crank, who is seeking Position 5 on the council.

Crank will hold her kickoff April 8 at Scott's Bar & Grill in Edmonds.

Also on hand was Anabel Hovig, vice commissioner of the Edmonds Diversity Commission.