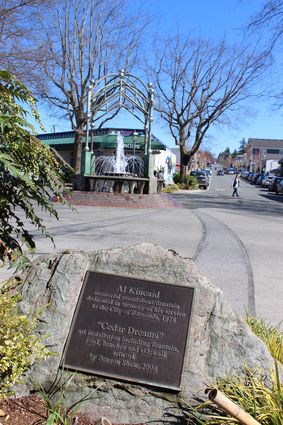 The Edmonds fountain at Fifth and Main.

T.S. Eliot began his epic "The Wasteland" with the oft-repeated, "April is the cruelest month."

Of course, April in Edmonds is usually anything but, as spring blooms abound. Eliot may have been saying that for those with hidden melancholies, the starkness of April may bring winter's woes into stark relief.

Anyhoo, if April is the cruelest month, there are only a few more days to enjoy Edmonds' end-of-March summer preview.