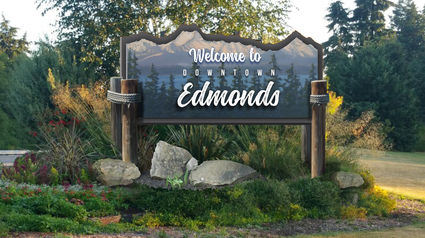 The public has spoken. Now it’s up to the seven members of the Edmonds City Council.

Clayton Moss’ post-and-panel gateway sign design was the top vote getter among those who submitted online votes, as well as at a Feb. 27 open house, according to Parks, Recreation and Cultural Services Director Carrie Hite.

The City of Edmonds gateway sign survey received a 1,305 votes, with 90 percent coming from respondents who indicated they live or live and work in Edmonds.

Citizens had the opportunity to rank five signs options, which included one from local artist Mack Benek, the original/existing sign and three designs by local designer Moss.

“Through the efforts of the citizen advisory committee, I feel we were able to offer the public some very good choices of designs and opportunity to weigh in on those choices,” Hite said.

“We evaluated the data based on first choice as well as first and second choice combined and the Moss post-and-panel is the sign that received the majority of interest from respondents.”

The committee will be meeting within the next few weeks to review all comments and to determine what their final recommendation will be for City Council members.