Betty Lou Gaeng: ‘I still have a few stories I would like to write’ 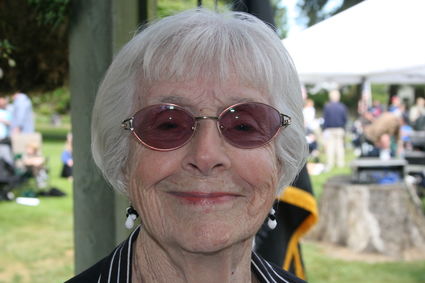 Betty Lou Gaeng, a tireless local historian who has contributed numerous articles on Edmonds’ past to the Edmonds Beacon, has announced that she is moving to Alaska later this month.

“I will be living with my youngest son and his wife in Anchorage,” she said. “I have grandchildren, other relatives and many friends there. I have had a connection to Alaska, since I lived there about 70 years ago.”

In 1942, Betty said, her father was appointed U.S. marshal for the Alaska Territory, but had to turn the appointment down when her mother refused to live there.

“I will certainly miss...