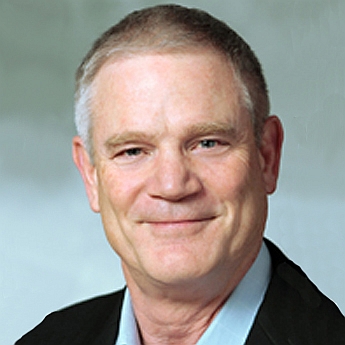 Johnston fills a recently vacated seat, and will be working alongside more than 40 federal, tribal, and state representatives, as well as representatives from nonprofit organizations and the private sector.

In November 2018, recommendations address the desire to increase chinook salmon abundance (the primary food source for the resident pod), improve resident Orca access to chinook and other prey and decrease any potentially harmful contamination.

That recommendation is misguided, according Puget Sound Express, a whale-watching operation with departures from the Port of Edmonds, as well as Port Townsend.

“One of the biggest issues with a ban on the southern resident killer whale watching is that it is truly a distraction from the core issue for these whales, which is salmon,” Sarah Hanke, a spokeswoman for the Hanke family, told the Edmonds Beacon in November.

The southern resident orca population is composed of the J, K, and L pods, which spend most of the year in the Salish Sea near the San Juan Islands. In pursuit of migrating salmon, the orcas are also known to head south during the fall and spend time near the Columbia River mouth in winter months.

As Johnston joins the task force, the objective of the group shifts to implementing the recommendations in the Legislature.

The task force is also expected to produce a second report for Inslee by October 2019 that outlines progress and continued needs related to chinook salmon recovery, and the impacts of climate change on resident orcas.

“I am honored to have been selected by the Washington Public Ports Association to serve on the task force and to continue the work the members have undertaken to date to preserve and enhance the health and viability of the Southern Resident Killer Whale,” Johnston said.

“I look forward to working with the extraordinary professionals who make up the task force to advance effective and reasonable measures to preserve and sustain this most valuable and iconic natural resource.”

Johnston brings 35 years of environmental experience to the task force, including 10 years of serving as CEO for a leading Pacific Northwest engineering and environmental firm.

Over the span of his career, Johnston has managed many marine-related development projects and has provided consultation to state and federal agencies on environmental issues and policies.

One such partnership was with the Washington State Department of Ecology, where he helped develop state hazardous-waste regulations.

He also managed consulting services for a federal study that assessed the environmental impacts of oil transportation by vessels in Puget Sound, which included impacts to marine mammals.

Johnston’s maritime experience includes 30 years in the United States Navy, where he retired as a captain. He is a long-time member of the Washington Public Ports Association and a Port of Edmonds commissioner since 2016.