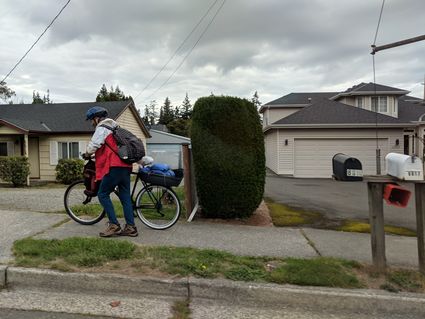 A passerby took this picture of a man whose identity is unknown after he was found dead in Yost Park.

A man who hanged himself in Yost Park had probably been dead for up to a month when hikers discovered him Nov. 10 off a main trail, according to Edmonds police. Now, after almost three months, the man has still not been identified, and police are asking the public for help.

The Snohomish County Medical Examiner’s Office ruled the man’s death a suicide, and Edmonds Detective Andy Mehl said all signs point to him being homeless. He did not carry identification; dental records have uncovered no clues.

DNA results could take another month or longer before any results are available, said medical examiner’s office investigator Jane Jorgenson.

His fingerprints didn’t show up in criminal databases, Mehl said. He had never been arrested and has not been reported as missing.

Police could not take a picture of his face, as Mehl said it had been disfigured by maggots.

What police do know is that the man, thought to be Caucasian, could have been anywhere from 40 to 65 years old; he was 5-foot-9 and weighed 145 pounds or more.

Among the evidence they discovered was a Scott Boulder mountain bike, hiking boots size 9-and-a-half, Optimus portable stereo, three backpacks and a hard-shell cargo box held down by bungee cords above the bike’s rear wheel.

The man was wearing a Boeing jacket with a logo reading “FOD” and “100 percent committed,” a University of Washington hoodie and a T-shirt for the Indeed job site.

Sgt. Shane Hawley said that his clothes may not provide clues, as many homeless people wear clothes found in dumpsters.

Edmonds police did receive a good tip after the Herald newspaper published a story in December.

“A gentlemen came in and said, ‘I think I’ve got pictures of the guy,’ ” Mehl said. “And those are definitely him. He had the same jacket, same shoes, the backpack, helmet. That all matched.”

The pictures were taken Sept. 30, in the 8700 block of Main Street, up the hill from Yost Park’s north entrance.

Mehl said the man told him that there had been a man in the neighborhood acting suspicious, and neighbors had expressed concern.

“So this gentleman was driving by and wondered if it was him,” Mehl said. “He took a couple of pictures.” 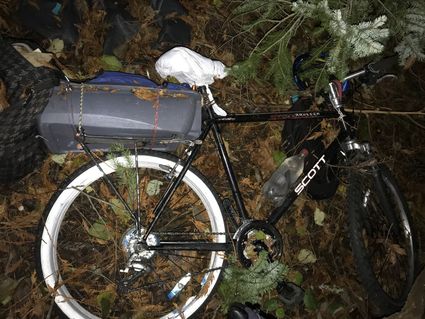 Here's a look at the man's bicycle.

Mehl said he hopes someone will see the unknown man’s picture and give the police a solid lead.

“Whoever he is, he just hasn’t been reported missing,” he said. “Maybe he doesn’t even have family.”

Added Hawley: “It would be great if someone else had an idea of who he is. Maybe someone will say they saw him by a nail salon, or saw him all the time and said his name was ‘Steve.’ Or that he said he was from Portland. We need something to point us in the right direction.”